Panevėžys Cannery is a united building complex located in the very center of the city, on a high slope near the old riverbed. Here the conversion of the complex into a cultural center and a public space open to city events is planned. 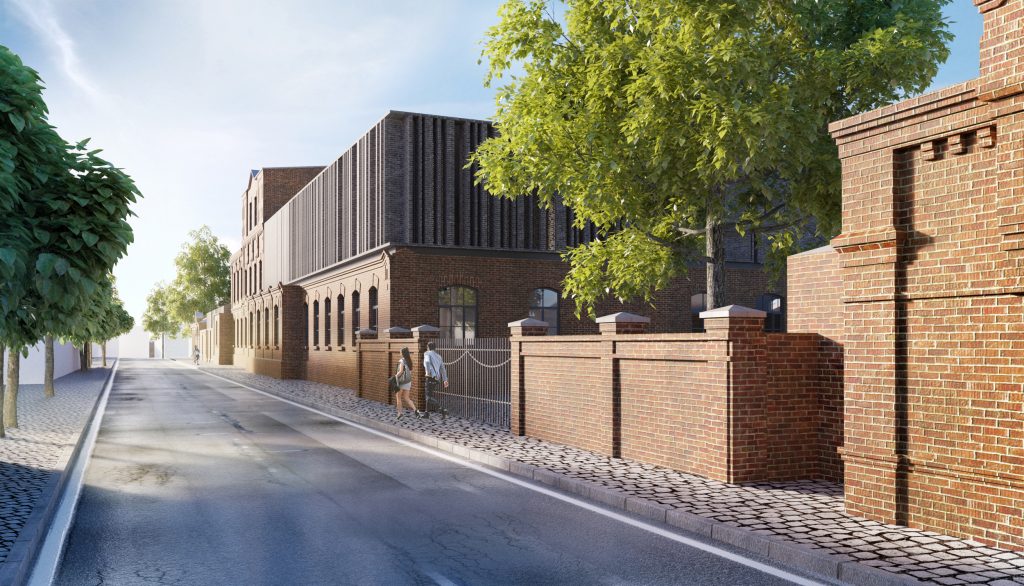 The proposal of territory of the canning factory is ensures the integrity to the system of public spaces, a conversion into a cultural complex open to the city. The historical composition of the buildings is preserved, the yard space is adapted for events and recreation, paths, playgrounds, terraces of restaurants and cafes, and areas of art installations are formed. Along the quay, on a slope, an ascent is proposed by a newly designed ramp and stairs – in this way the complex becomes open and targetful for those entering and crossing it. The whole area is reserved for pedestrians. Parking is provided in the underground car park.
The complex offers a variety of functions – different types of restaurants and cafes with outdoor terraces, a gallery with a courtyard of art installations, a concert hall and a small hotel on the upper floors. 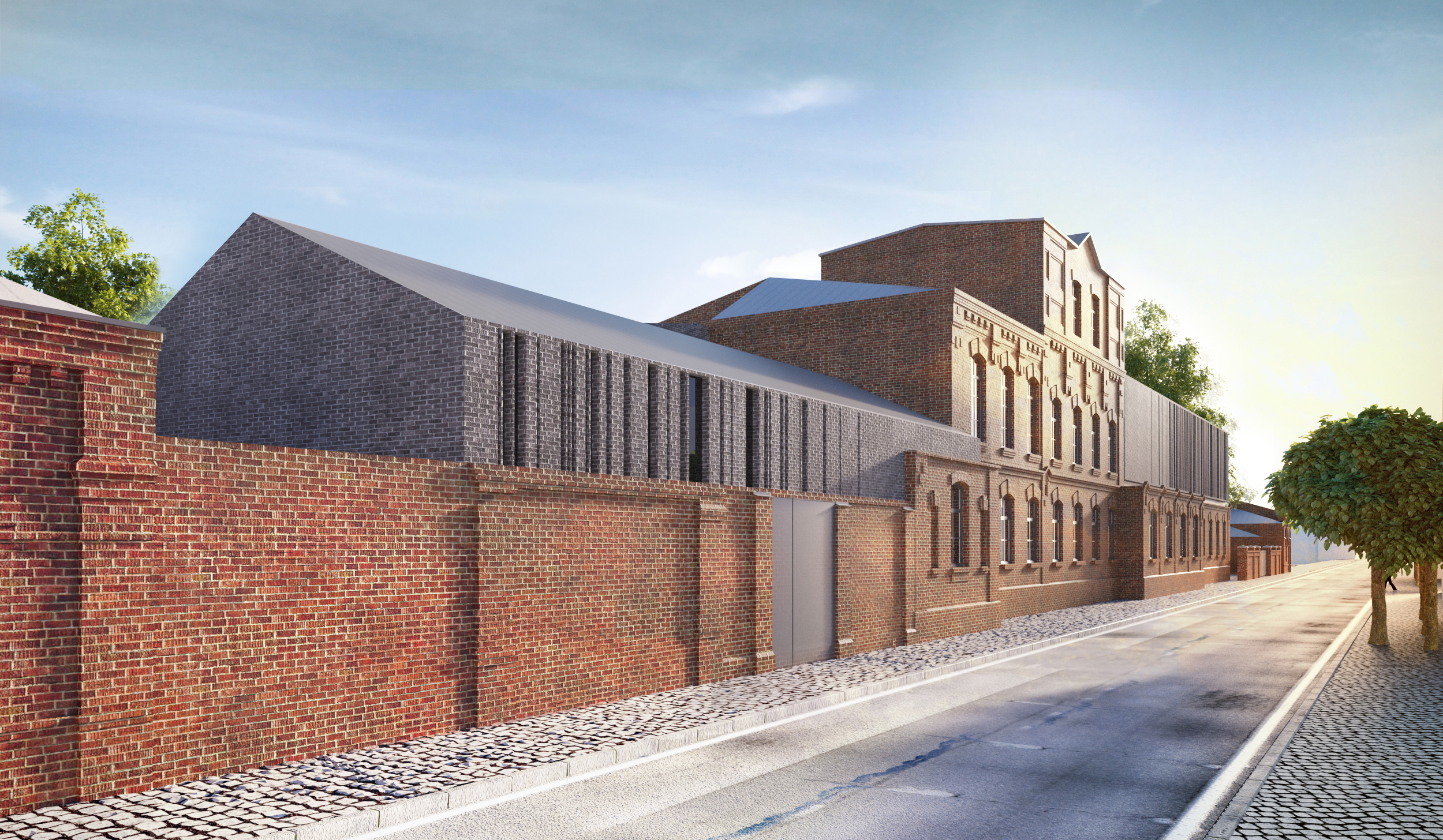 Architectural design preserves valuable features – brickwork, windows, sloping roofs, vaulted
basements. The post-war annexes and superstructures are renovated in modern architecture stylistic, thus highlighting the value of historic buildings. The complex on the quay is visually open, visible from the Old Town, another side of the old riverbed. The church of Panevėžys can be seen from the inner yard, therefore the new architecture is purposefully aimed at creating the site landmark. New volumes are chosen to be designed in a nuanced way using bricks, implementing the role of light and perforation. New volumes of the existing buildings are designed by pulling them in, thus leaving a visual separation between different historic periods. As the most dominant volume of the complex a newly concert hall is designed. 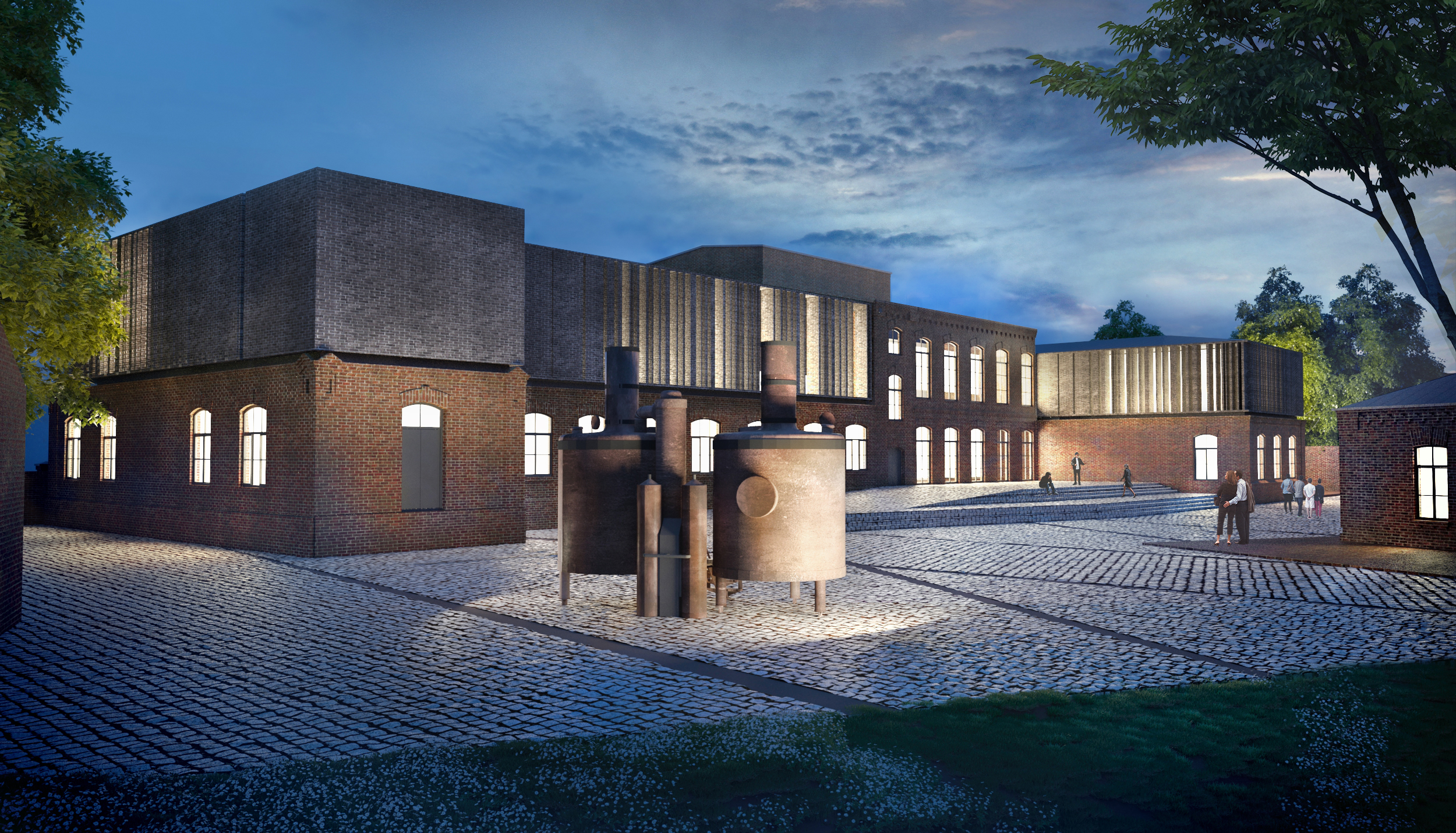 Composition of the complex

The historical composition of the complex is
preserved. The factory buildings are one of the
oldest industrial buildings in Panevėžys. Until the
First World War, there was a warehouse here and
only in the era of the Republic of Lithuania it is
mentioned that there was a separate company
(“Panevėžys Cannery Factory”) functioning.
Construction began in 1880. the complex was
finally formed by 1890. In 1918, when the Soviet
government settled in Panevėžys, the warehouse
buildings were transformed into the headquarters of
the county arrest committee, later turned into the
Panevėžys county commisariat. 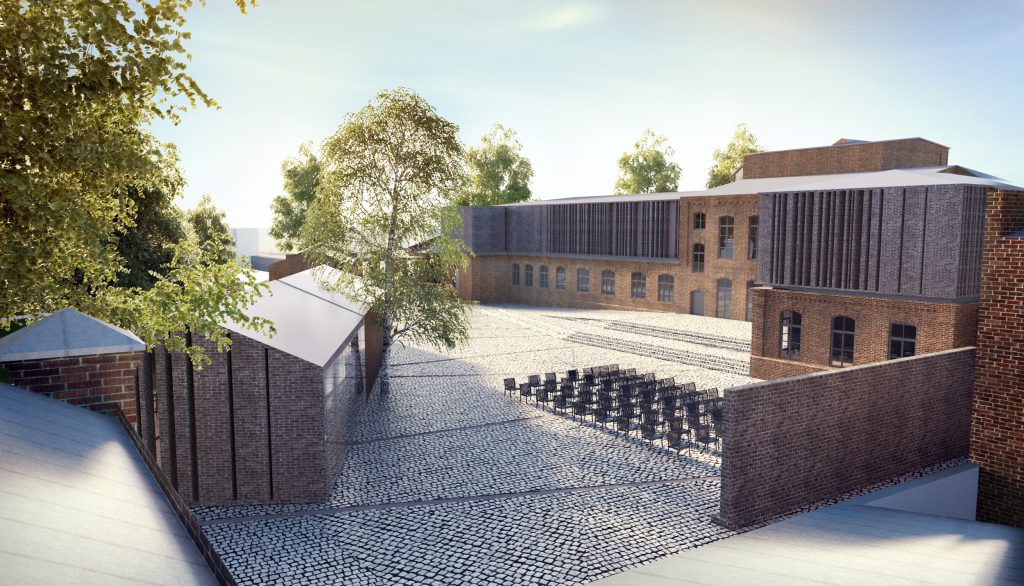 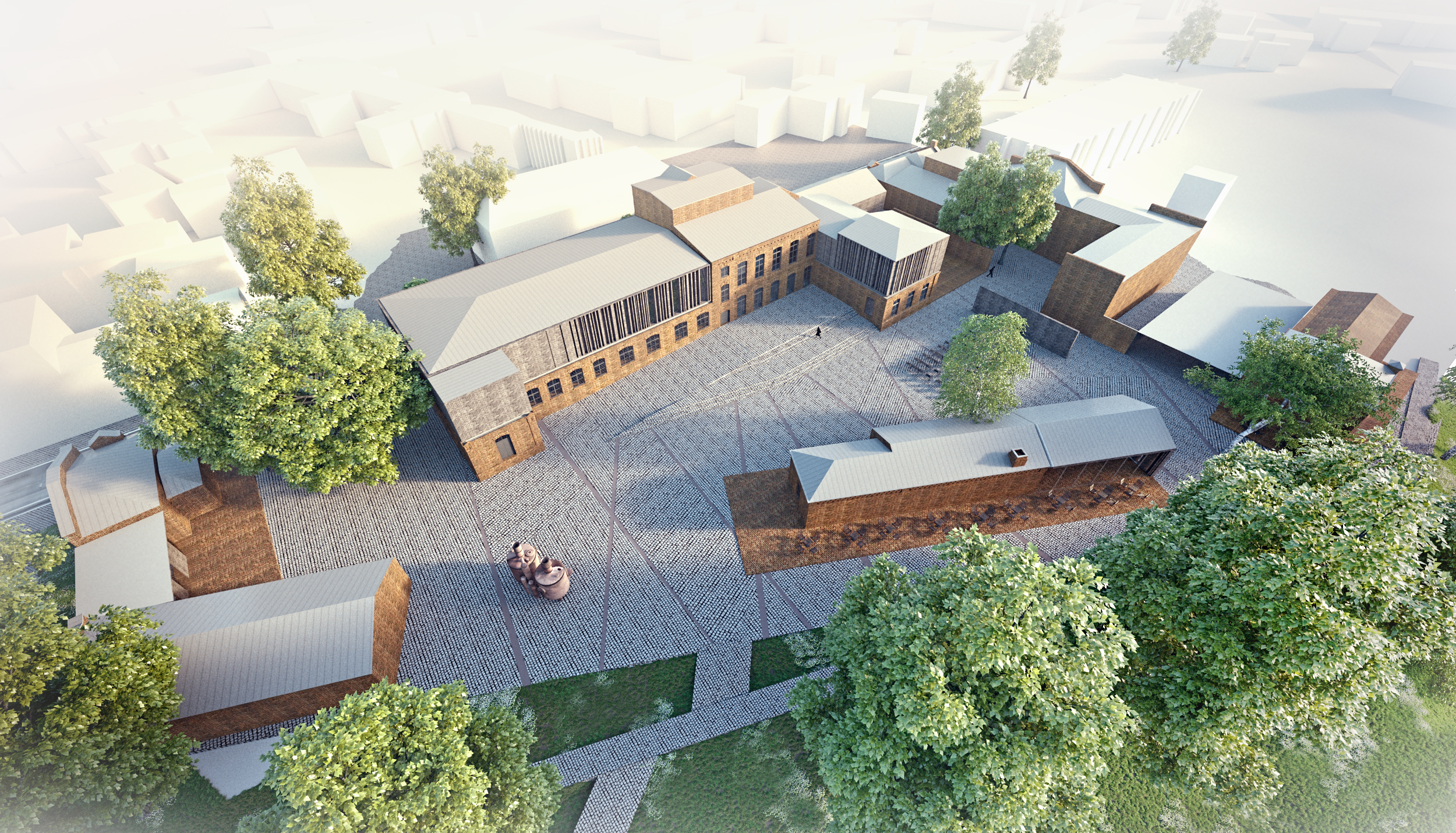