The architectural idea of the Teltonika Hightech Hill complex is influenced on the company’s vision and surroundings of the plot. Since ancient times people have settled on the higher elevations such as mountains or hills in order to preserve their resources, to show their power or to protect themselves. The semantic connection between the High-tech company and the Highlands location becomes an essential feature of the project. On the ground floor of utilitarian premises, a hill is and at the top of it the real creative life and recreation of the company community takes place. From the outside – it is a solid, shining structure, while the inside remains full of mystery, cozy spaces, greenery, windless warmth and silence. Individual volumes, like a team of rowers, combine their power into a single energy-complex. The console part by the main street is rising from the hill not only to symbolize the rise and innovation of a thriving company, but to invite to enter the indoors at the same time. 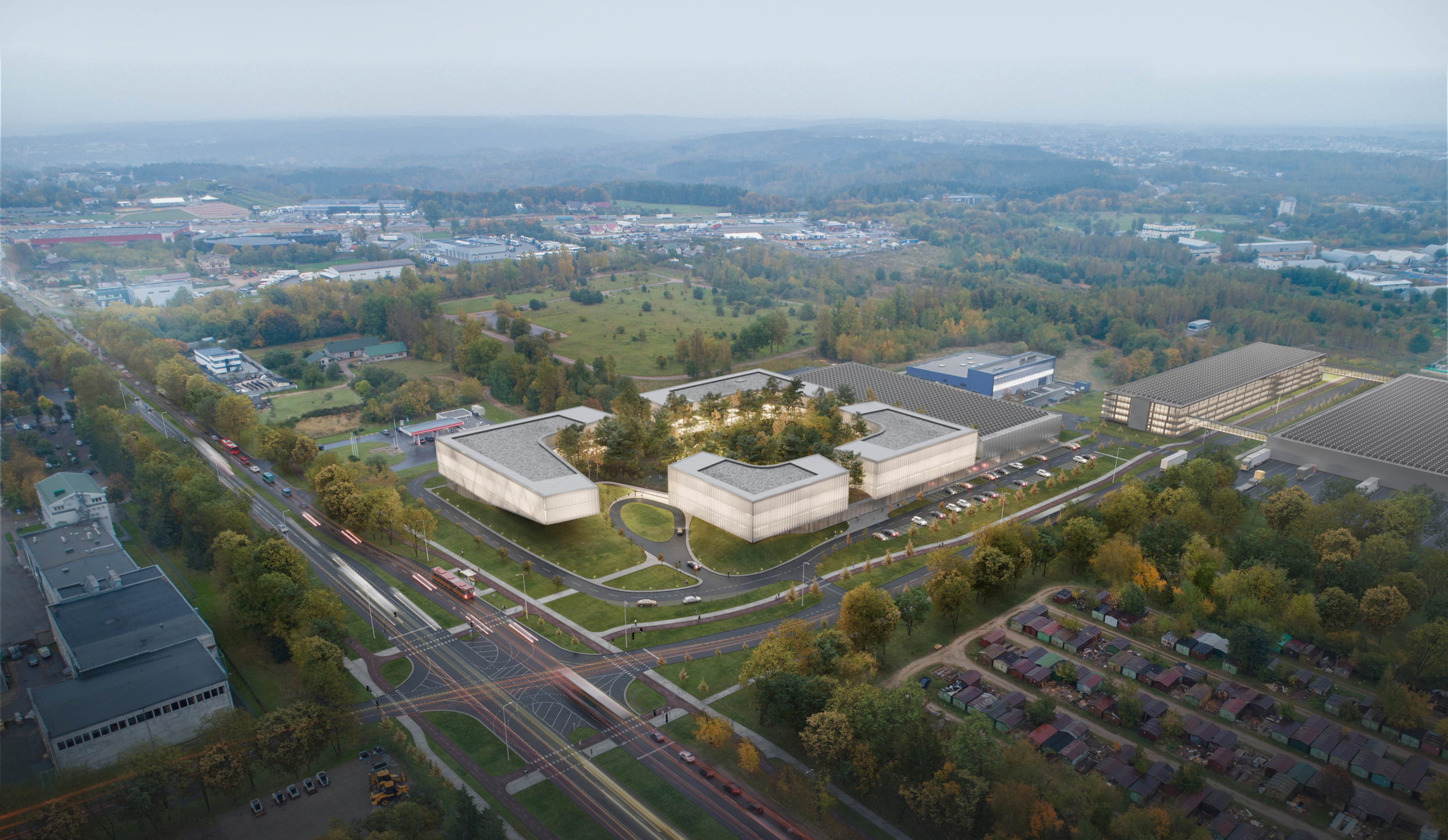 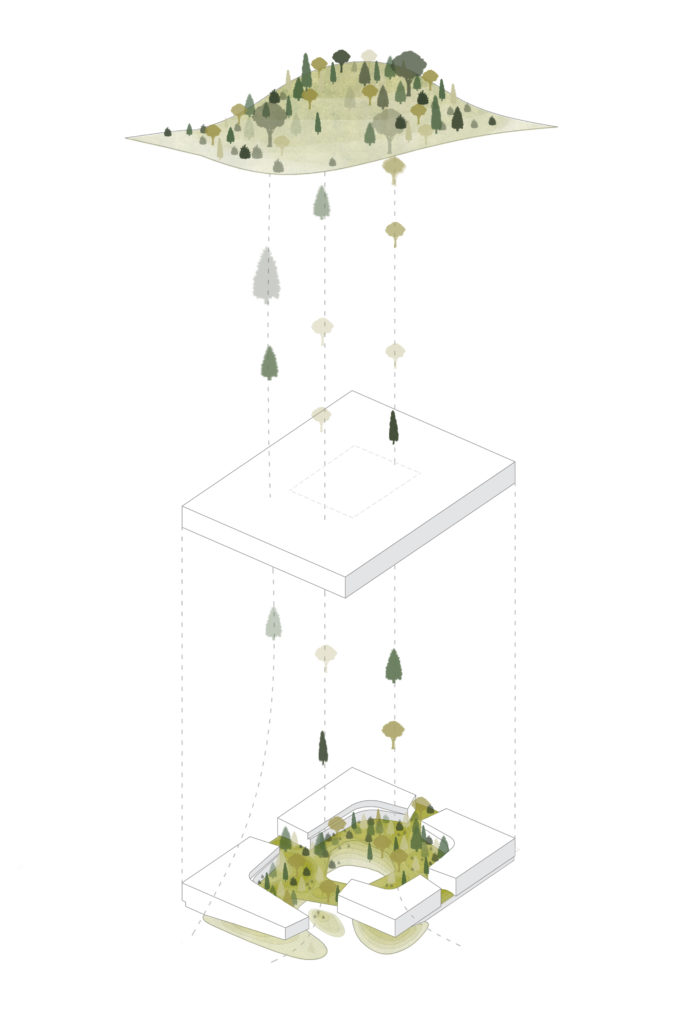 The functional model of the complex is based on optimal accessibility. The most rational star-structure scheme is chosen, where the main access is at the first level and the main
companies are concentrated around it. On the ground floor there are exhibition premises, laboratories, catering, sports and production facilities. A central courtyard/park is established on the second level. The upper floors are reserved for administration and creativity hubs. In the back, further from the main street and closer to the logistics hub, a production is  concentrated. The main car parking has been designed in the center of the town. In the north-east an area is reserved for the new factory building construction.

A key priority is given to pedestrians. The main entrance to the building is well visible from the streets‘ intersection and located next to the bus stop to ensure the shortest path for pedestrians. The cycle road passing next to the complex is connected to the main bicycle storage in the building, thus motivating employees to take advantage of this environmentally friendly mode of transport. Entrances to the area are hierarchized, separating the visitors from employees and production logistics. On the west side pedestrian connections to the future Vilnius Tech University Technology Center are planned.