The urban analysis of the context suggested the architectural concept of the “Žvėryno4vertas” office complex. The origin of this idea is revealed in successive steps.

The general building indicators of the Detailed Plan, the building zone, were examined. The volume of the complex forms the perimeters of Kęstučio and Lenktoji streets.

A characteristic feature of the Lenktoji street is the end-to-end construction of building volumes. This feature is applied when dividing the volume of the designed complex. The complex is divided into two volumes from the side of Kęstučio street. In this way, visual visibility into the interior of the block is created. The fragmented volume extends the rhythm of volumes of similar proportions in the perimeter of Kęstučio street.

Buildings with pitched roofs are common in the context. Pitched roofs reduce the height of the frontal plane of the building, giving the volumes fineness and softening the character of the street space. Due to this characteristic of the context, a complex of two floors with a mansard is designed.

Tiny public spaces expressing entrances are typical along the streets. In this way, visitors of the city are invited to the inner deepened courtyard in the inner part of the plot. The yard is oriented to the south and west sides – it will be an attractive space for a cafe/restaurant terrace. 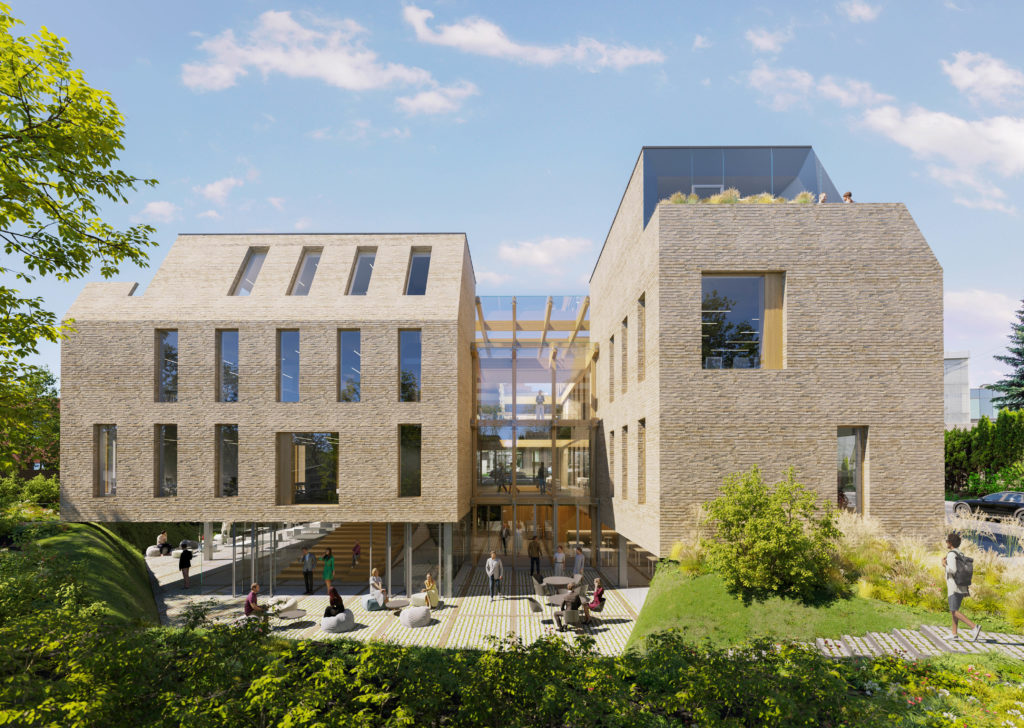 The advantage of the design is the creation of a large variety of micro-spaces around the complex. In the northern part, the main access to the administrative part – offices – is organized from Lenktoji Street. The micro-space created from Kęstučio street expresses the access to commercial premises. In the south-eastern corner of the plot, a staircase to an inner deepened courtyard is designed for city visitors. The former space connects with the space for office workers in the western part of the plot. 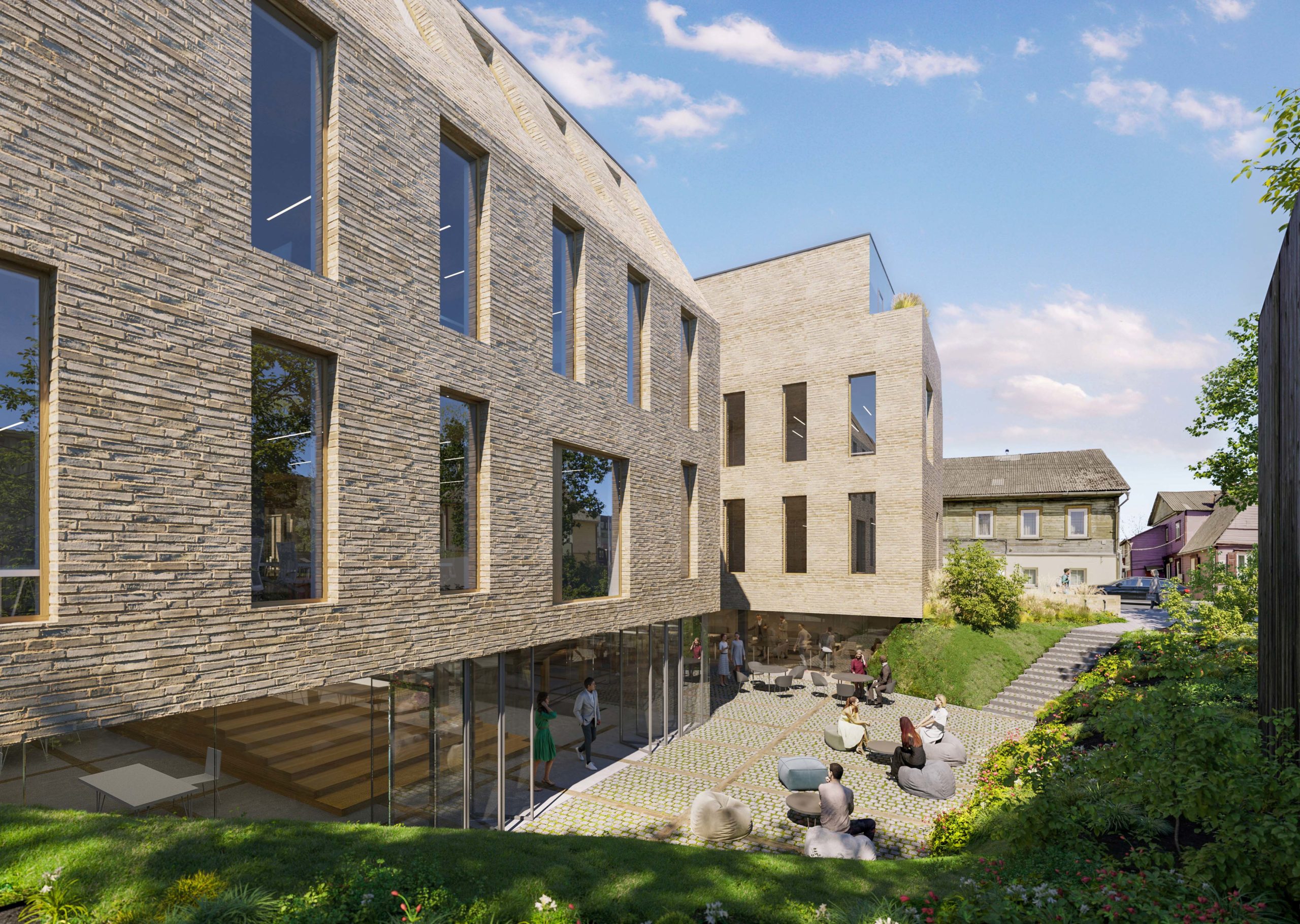 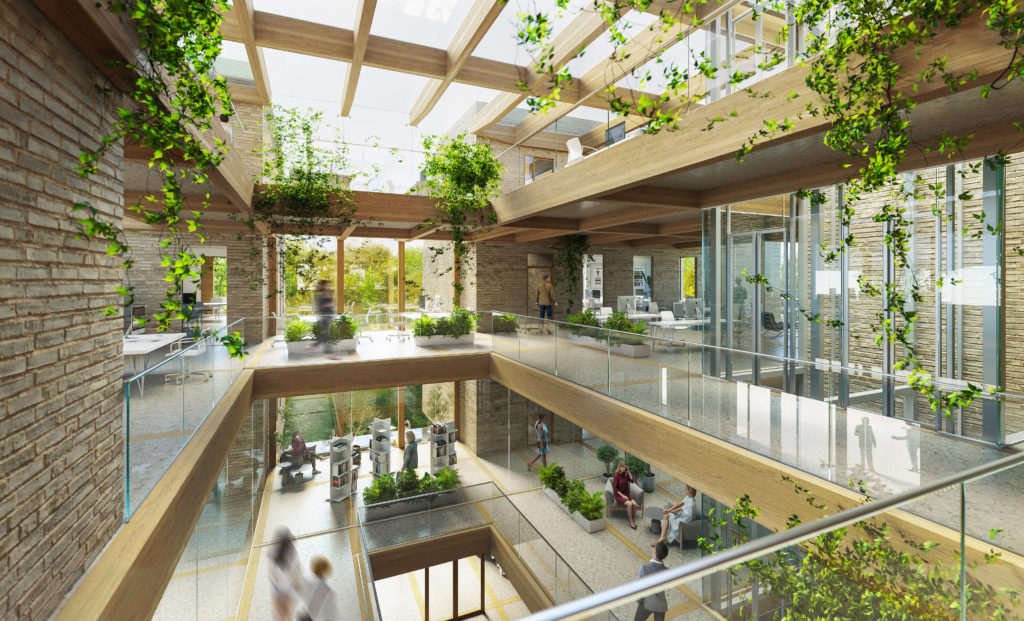 During the construction of the building, specific design solutions were created to increase the amount of high-quality insulated rooms. A deepened courtyard and an atrium light create the opportunity to avoid the basement floor for commercial and office space. 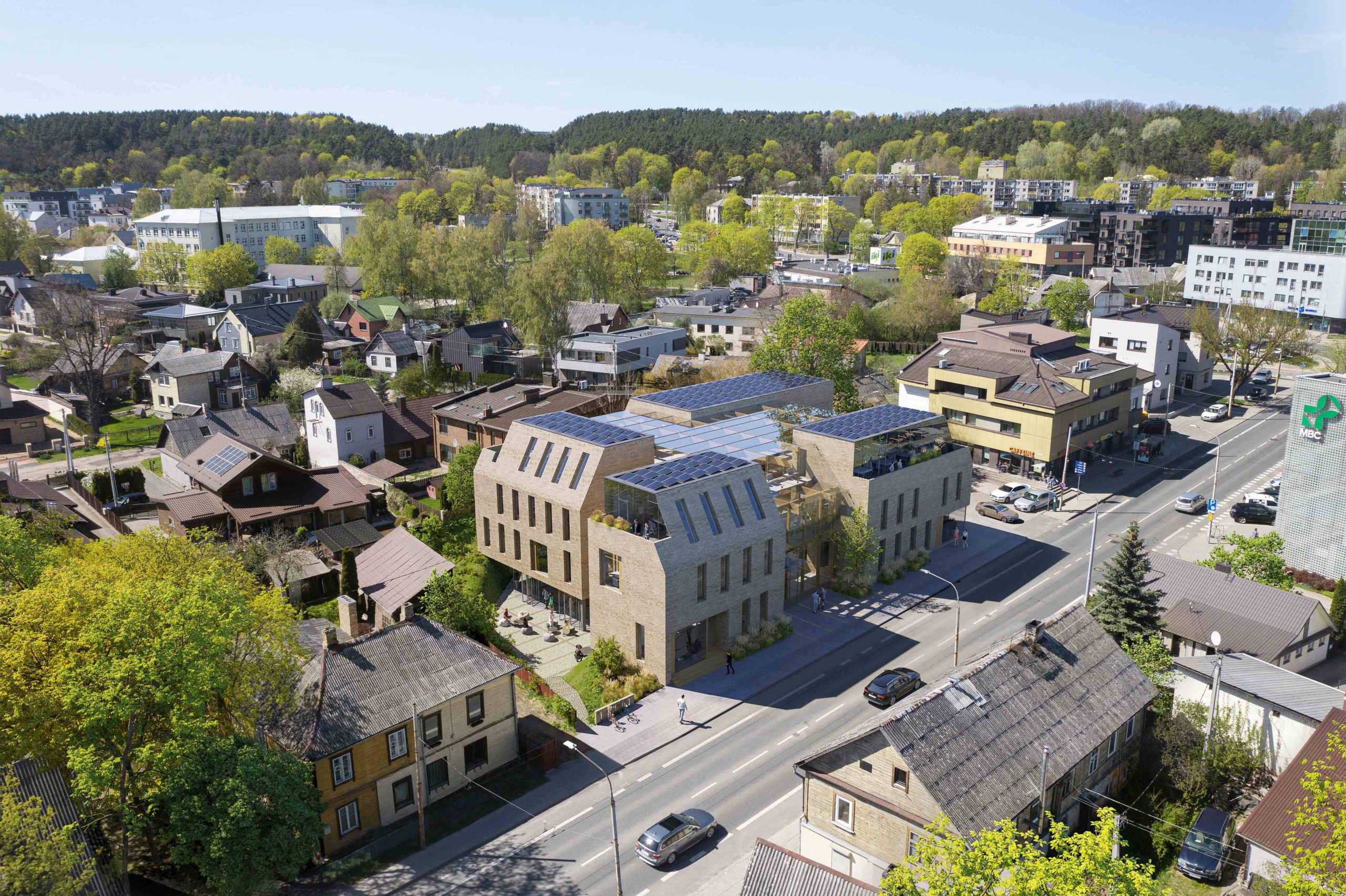