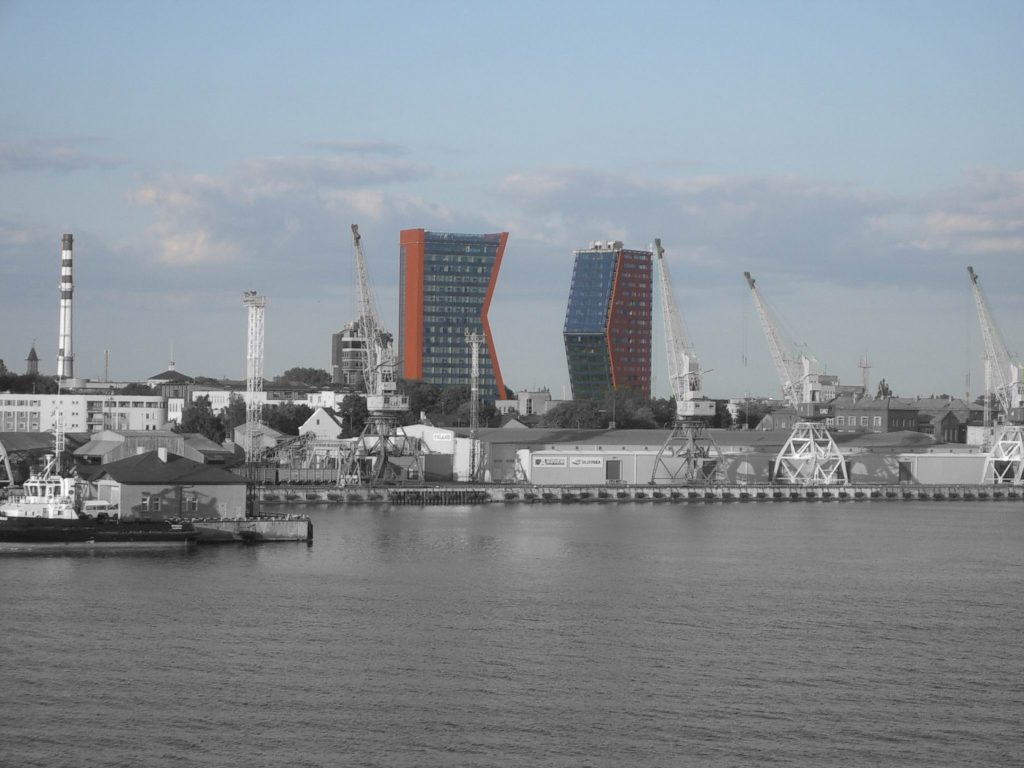 The history of Klaipeda City is very complicated. Since the 14th century this city, a port-fortress, has been functioning on the shores of the Baltic Sea. There are two territories in the center of Klaipeda that stand out from the surrounding social and urban environment – the Old Town and the only Lithuanian seaport area. The relationship between these two areas has had the greatest impact on the architectural expression and functional model of the buildings designed. Prior to the construction of the buildings, the silhouette of the city was formed only by port cranes (representing the sillhouette of letter K).

The new volumes are an architectural interpretation of cranes, they also become a metaphor for (K)laipėda city, port and sea shore and a new landmark of the Old Town. The buildings face the old town on the narrow sides. The facades are decorated with red clinker bricks – a typical building material in this region. The facades became a relative extension of the roofs of the old town.

The „K“ tower houses a hotel and offices. . The D-shaped residential tower is oriented towards the port gate and parallel to the sea shore line.

The architectural expression of the glass hall, which connects the first two floors of the towers, interprets the traditional local construction method – fachwerk: a wooden frame with brick and plaster filling. On the ground floor there is a restaurant, a beauty salon and an editorial office of a local newspaper. The central hall with a unique monolithic staircase connects all the functional areas on the first two floors. On the second floor – a bowling alley, bar and offices. 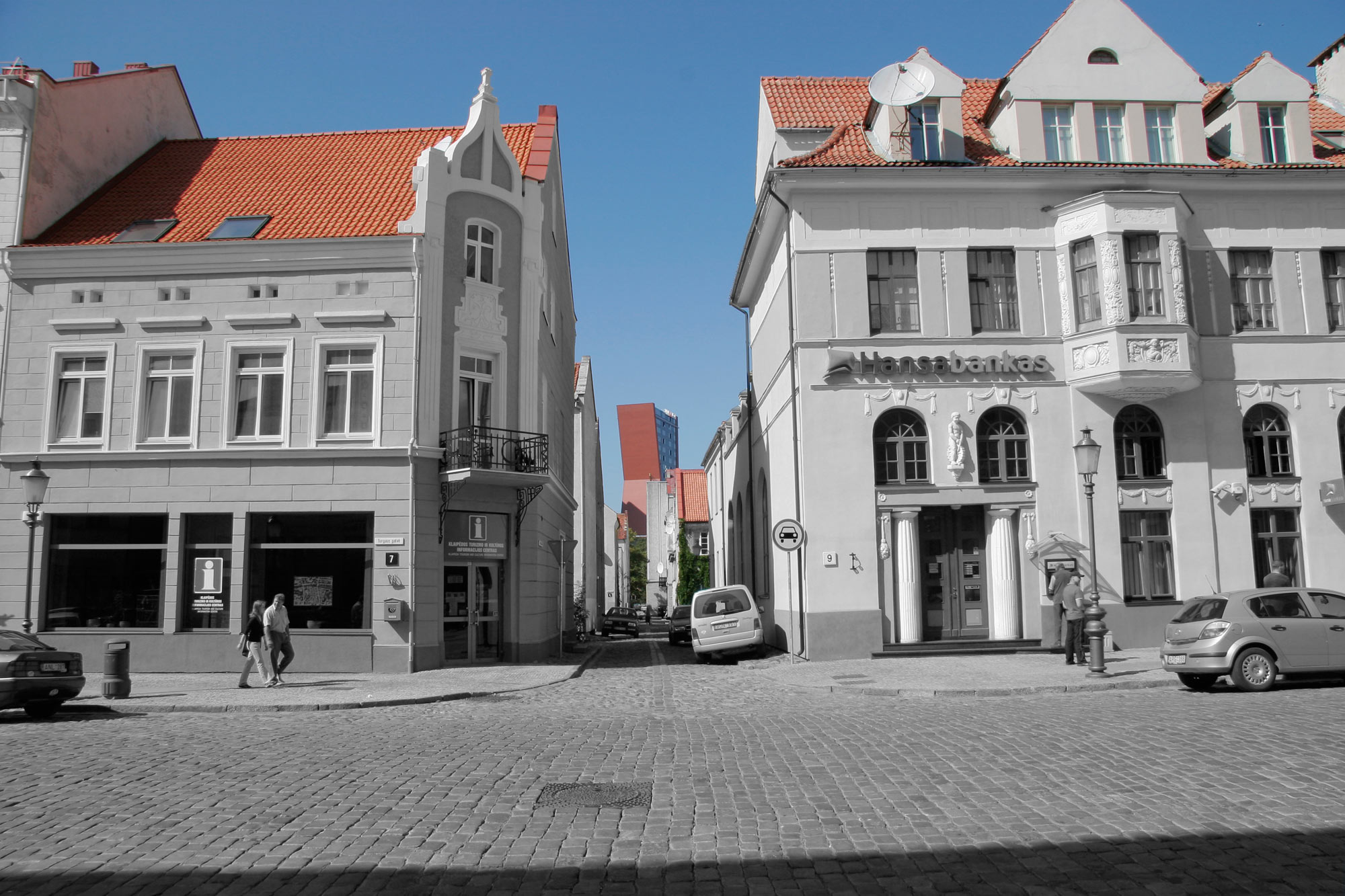 The two towers greet ships arriving from the sea to the port. They are also a meeting place for townspeople. The observation deck, located at a height of seventy meters, allows visitors to enjoy panoramas of Klaipeda city, views of the sea and the Curonian Spit, protected by UNESCO. 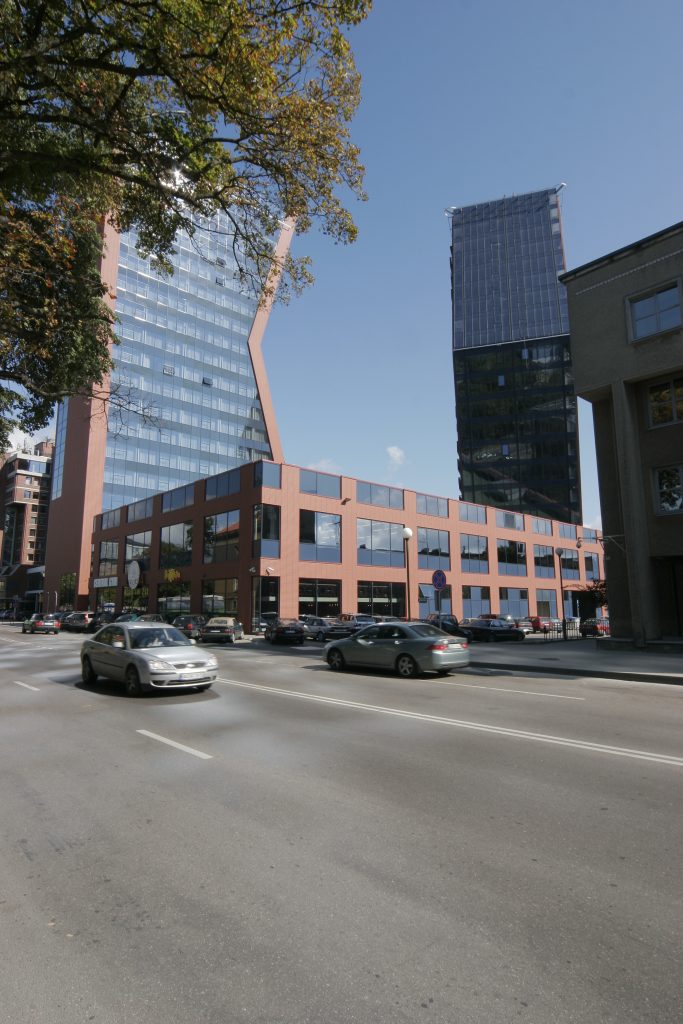 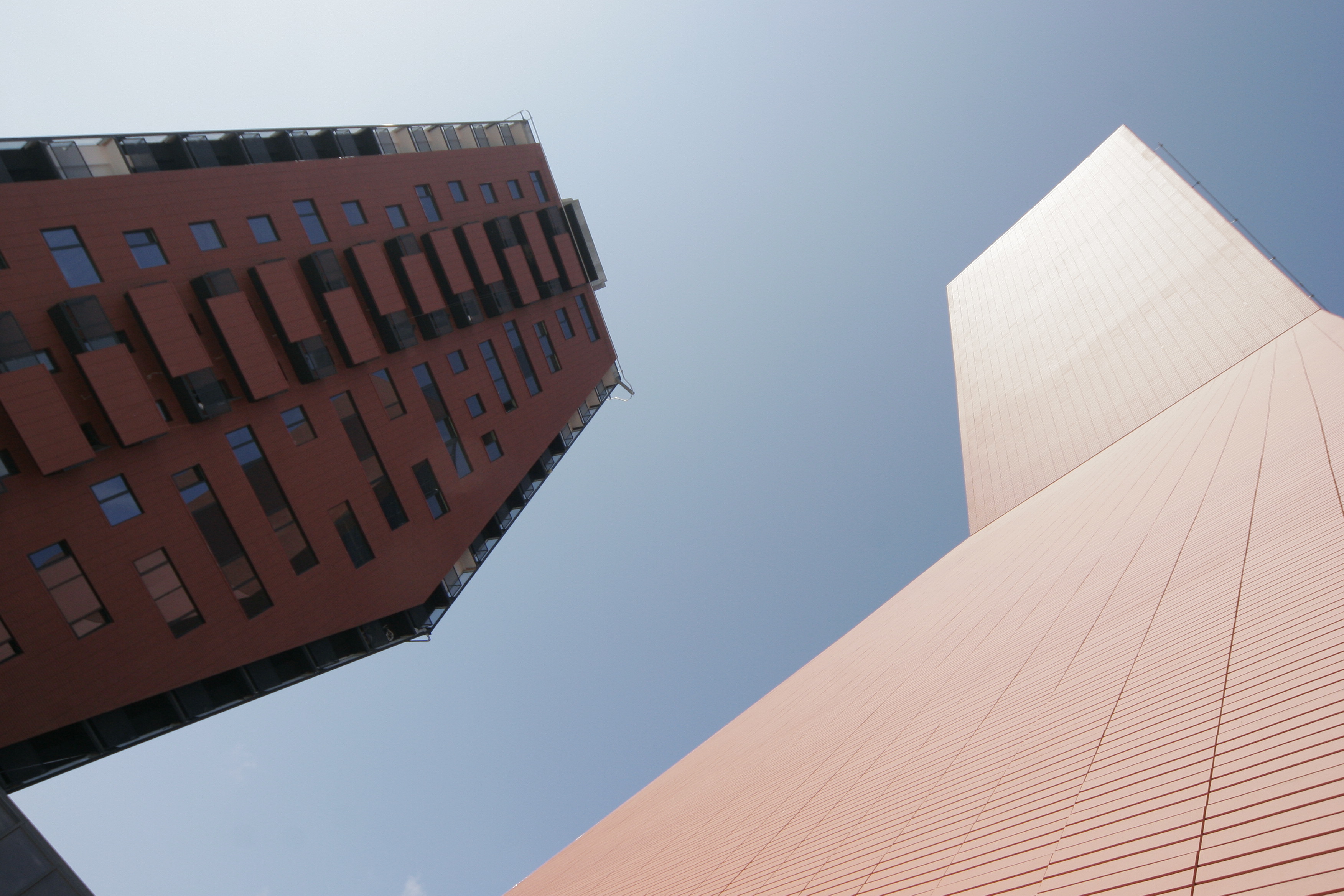 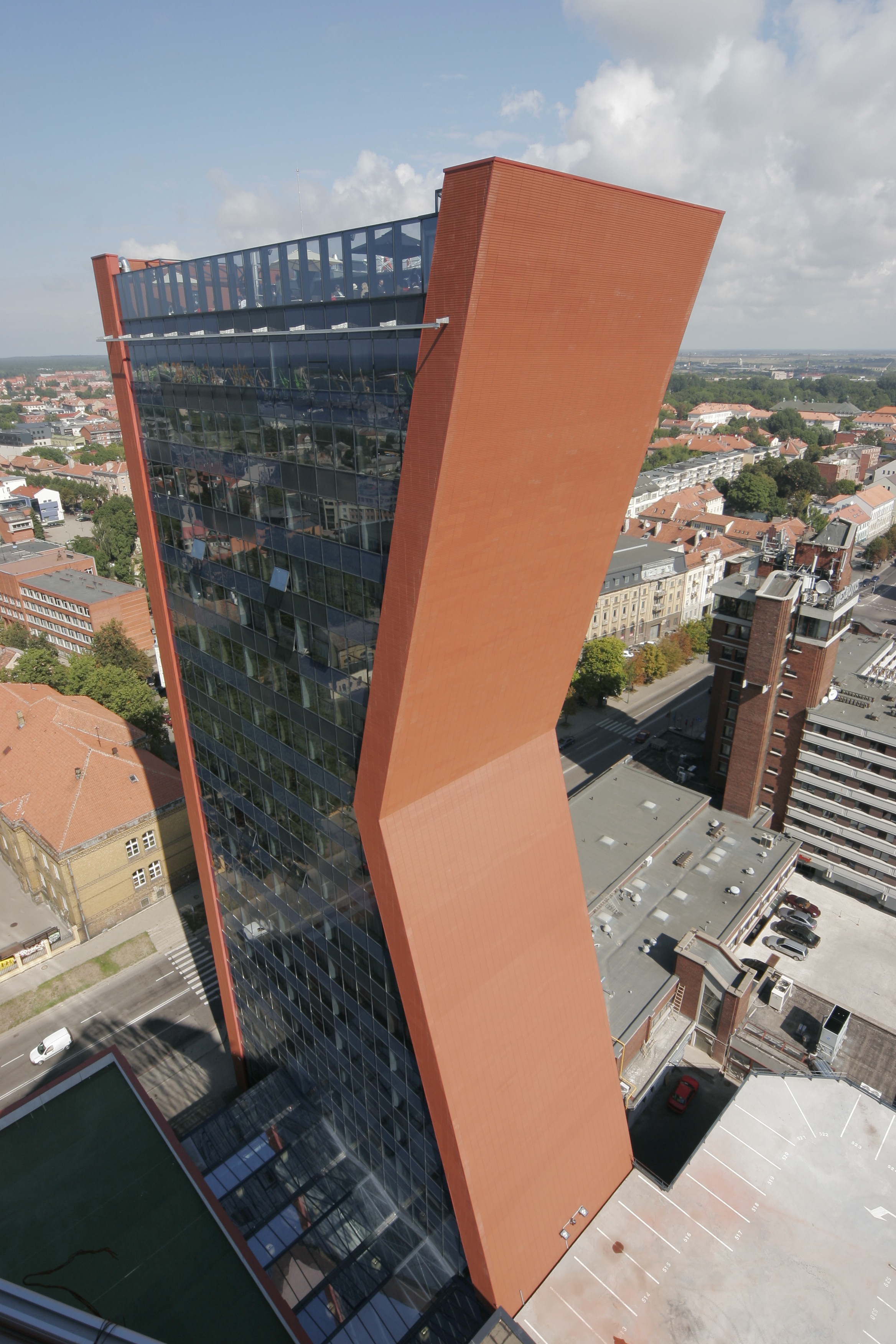